Home » Can you unplug for the holidays?

Can you unplug for the holidays?

The holidays present an opportunity to unwind and recharge. Maybe get that book read, spend some quiet time to unwind, or meet up with family and friends. All of this sounds great but in reality many of us won’t fully unplug for the holidays and instead spend some of the time working. A survey from […]

The holidays present an opportunity to unwind and recharge. Maybe get that book read, spend some quiet time to unwind, or meet up with family and friends. All of this sounds great but in reality many of us won’t fully unplug for the holidays and instead spend some of the time working.

A survey from 2014 found 57% of employees planned to do some work during the Christmas holidays, while nearly a similar amount work on summer vacation. This is understandable. Unless you have someone that covers for you, you may end up coming back to a pile of work and endless emails. The last thing you want to do is to be buried in work making you forget you had any time off, or worse yet, regret taking time off.

It’s not just on holidays and vacations that work creeps in for a lot of us, it’s also evenings and weekends. Some people even look at endless work as a badge of honour.  Others brag to colleagues about how little sleep they got or the hundreds of emails they get per day as if it’s a measure of self-worth. It’s not surprising then the average work week for many has increased over the past few decades. 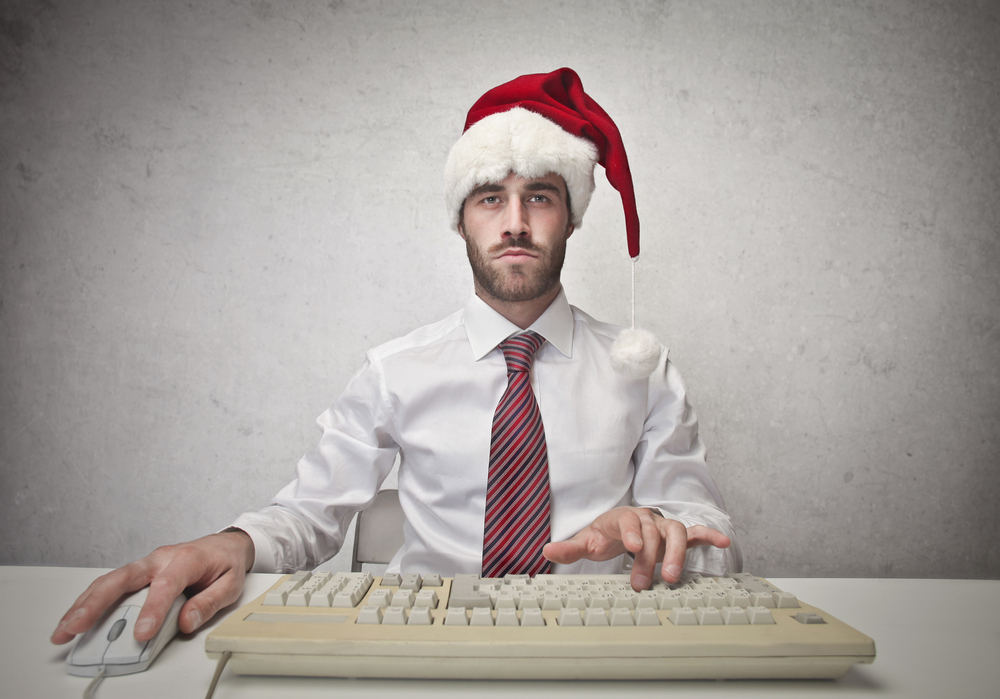 Working During Holidays has few Benefits

So what’s the big deal of working during the holidays if it eases the stress of coming back?

For some people, it may be okay to work and do some catch-up while on holiday but it can become problematic. The idea of taking time off is to get away from work. To do other things you enjoy and if you’re working, doesn’t that defeat the purpose?

Working long hours and into your holidays can actually lead to burnout, which isn’t good for you or the employer. While we might think working more results in more productivity, that isn’t always the case. It may actually result in less productivity or at least less efficiency. Working more hours can impair memory and cognitive function. And countries that have the longest working hours aren’t necessarily the most productive.

At first it may seem odd that putting in more hours doesn’t translate to more productivity but think about any time you’ve been concentrating on something. Whether at work or household chores or even a Sudoku puzzle, at some point you might get to a roadblock where nothing makes sense.

The temptation is to keep plugging away even though you know a break would do you good. At this point your brain is tired. No different than if you overworked your muscles until they gave out. Taking a mental break can be helpful. It can get you refreshed to look at things from a different angle making the task seem easier.

Think of Your Health

There are also more serious consequences from working long hours. Working longer hours is associated with increased injuries on the job. For those of us with desk jobs, long working hours means more sitting. And we know that sitting and not moving for a long time is not good for us. Long work hours are also associated with an increased chance of stroke and can compromise our well-being. There can also be consequences of how working during your holidays can affect the relationships with the people around you. Are you spending time working at the expense of time with them?

In order to address these problems some employers offer unlimited vacation. This has had mixed results with some workplaces experiencing employees taking less vacation. In some cases it’s resulted in a sort of competition to see who can work the most. In others, employees are afraid to look like they’re taking advantage of the policy. Organizations where unlimited vacations does work, embrace it and encourage employees to take time off from the top down. 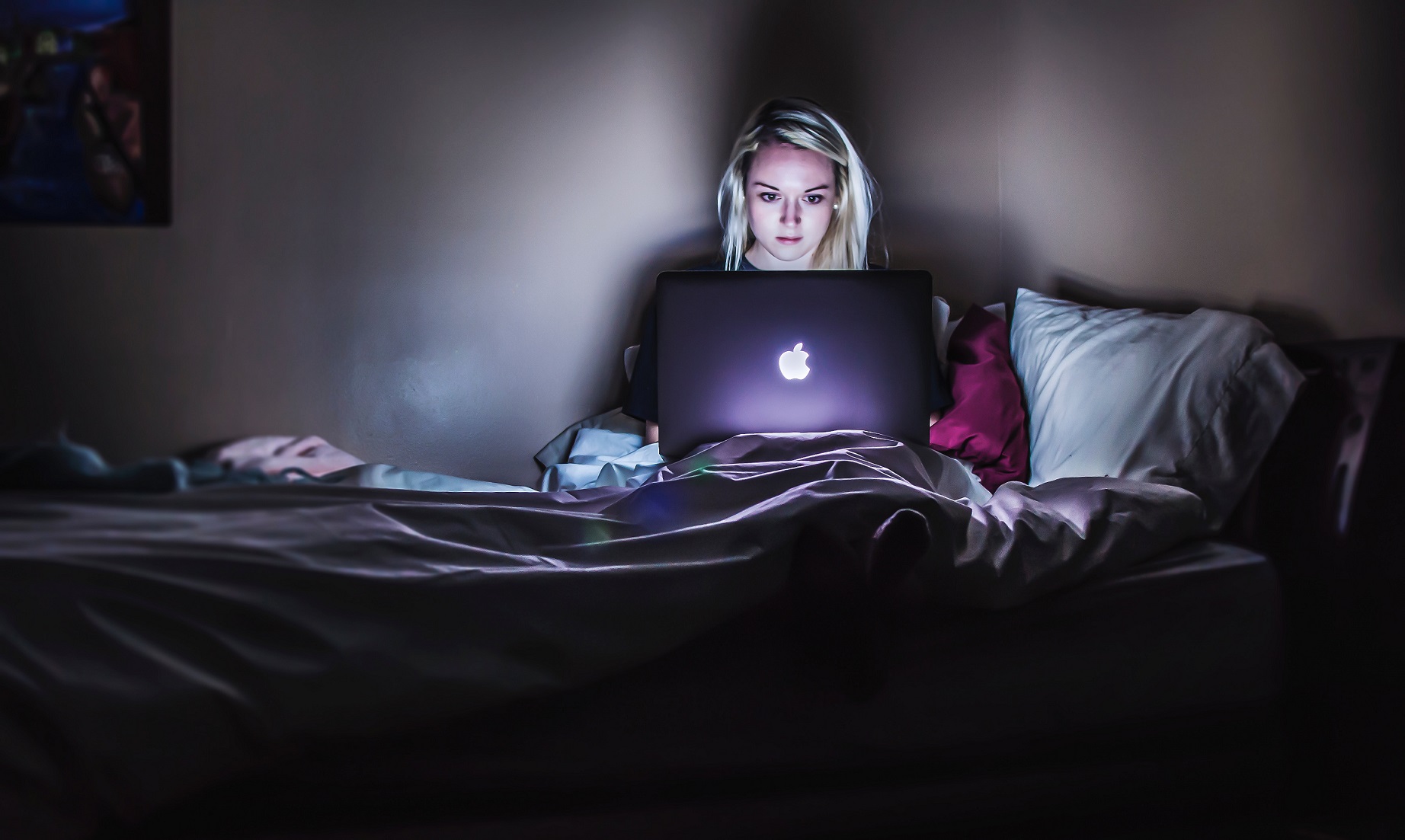 The Benefits of Technology?

With advances in technology, being able to unplug in today’s world is even harder to do, but it maybe even more important nowadays. The promise of workplace technology was to make us more efficient, not less. In the 1930’s economist John Keynes predicted we would now be working 15 hours per week due to technology. But it seems the reverse is true. With the most recent advances in communication technology we’re actually connected to the workplace all the time.

When I’m talking about unplugging, I don’t necessarily mean doing away with technology per se, although some might feel that works for them. It’s hard to do away with your smartphone because it’s more than just a phone. It’s our camera, our navigation system and connection to the outside world. And it’s not the actual phone that’s the problem. It’s the fact of having your work email and other notifications on that phone. If you’re using your phone as a camera and you might see that new email from a colleague just as you’re about to take a picture of your kids’ snowman or the sun setting.

A few years ago I was frustrated by the amount of email I received over the weekends I decided to figure out how I can reduce that. It didn’t seem realistic to tell people not to email me but I realized the more I responded to the emails the more I got. So I made a rule for myself not to send out emails on the weekend. If I do feel the urge to reply, I draft it and save it until the next work day to send it.

While you can disconnect your work email from your phone, it may not work for everyone. Another strategy is to have two phones. One for work phone during business hours and one for personal use. This allows you to put the work phone down when work is done. 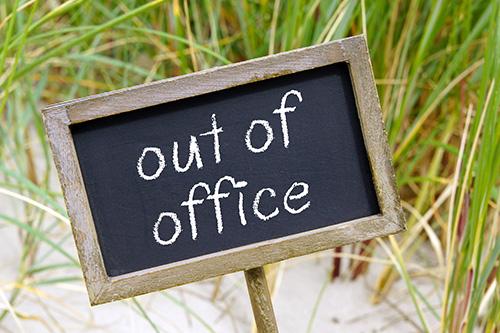 If you Have to Work, Plan Your Work Time

Sometimes it may not be possible to totally unplug. In that case, setting aside a specific time to get to work duties done and stick to that time. Even plan what work you are going to do and stick with only that. Otherwise it may be too tempting to go down the rabbit hole of dealing with work and emails that aren’t urgent or needed.

If you’re on holidays with family or friends, let them know of your intentions. This way plans can be made to avoid potential tensions between spending time on work and those around you.

If you’re worried about coming back to a pile of emails and meeting requests, try setting your out of office email response and voicemail to indicate you are back one day later than you actually return. This will give you a whole day to get to those emails and respond.

Unplugging can do a lot for your health and the relationships around you. To put it in context, if you expect to live around 80 years, most of us will spend no more than half of those years working on our career. So work is in fact a temporary activity. And most people don’t look back on their lives wishing they worked more. So enjoy the holidays and allow yourself to recharge.

2 responses to “Can you unplug for the holidays?”