“I have a loving family but after a few days, everyone’s life has got back to normal, but mine isn’t anymore.” I was recently at a heart disease conference and heard a patient mention this in front of hundreds of attendees in relation to her experience soon after having heart valve surgery. Two years ago […]

“I have a loving family but after a few days, everyone’s life has got back to normal, but mine isn’t anymore.”

I was recently at a heart disease conference and heard a patient mention this in front of hundreds of attendees in relation to her experience soon after having heart valve surgery. Two years ago I would have listened and thought this was an interesting and heartfelt story, and that was about it. But now, since my diagnosis with heart disease, these words have taken on new meaning. I found this quote repeating over and over in my head, as I realized the truth in it.

First off, I’ll admit, there are many people in worse condition than me. I haven’t had a heart attack or needed surgery, so I can’t put myself in their shoes. However, I now realize that when you have a chronic condition, you can’t escape it. It’s there when you wake up and it’s there when you go to sleep (I mean that literally too as that is when I take my medications).

This last year has taught me what it’s like living with this diagnosis hanging over my head. I can’t say that I’ve changed too much in what I do; I’m still as active as ever and eat pretty much the same foods (more on that later). But, there’s still this thing there in the back of my mind.

Before being diagnosed, I had heart palpitations when swimming a few times per week for months. I held off going to see my colleague cardiologist for fear of what he would say or what it would mean (this coming from an expert researcher in cardiac rehabilitation). My main concern- I didn’t want to stop exercising and competing at a high level. It wasn’t until I told my wife about my heart rhythm that things started to move. 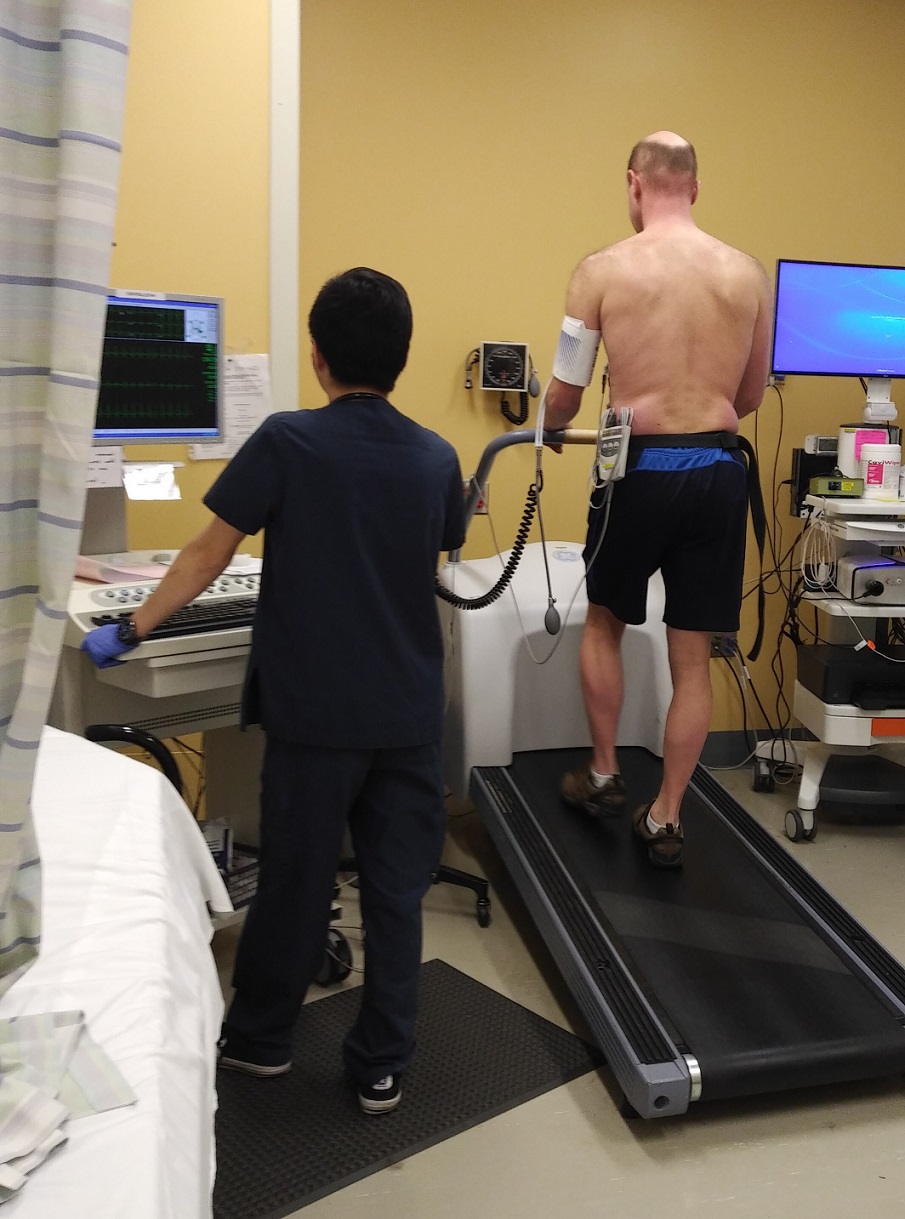 My cardiologist told me to hold off on my swimming until things get checked out. He was concerned, and rightly so, that if I got my palpitations when swimming and they didn’t normalize I would go unconscious. Not something you want to do in a pool. This did strike the fear of death in me. Although I still went swimming, just at a much easier intensity which didn’t illicit the palpitations.

The prescribed beta blocker did the trick and my palpitations have pretty much gone away. But during the tests my cardiologist put me through, they found a 20% blockage in my LAD; one of the main arteries in the heart and sadly enough called the widowmaker. Even though 20% isn’t much, it was still a shock to me. I’m the researcher, the one who is meant to help people prevent getting heart disease; not get it myself.

At the time, I was also being a bit fatalistic at the time and was telling people I didn’t expect to live much past 70. I kept thinking how my plaque would increase in size each year. Hopefully I’m wrong.

My wife, family, friends and colleagues were all very supportive. They were wonderful. However, after a few weeks, things just went back to normal. Kind of like the Pokemon Go game that came out in 2016; everyone was playing or talking about it, but now? Well you know the answer.

For me, though, things didn’t go back to like before. A new normal set in and it wasn’t about having to take the medication regularly, although, that has proved interesting. It was the fact of it always being there and wondering about every little thing that happens.

Two weeks ago when I returned from this conference the next day had a headache. Not a big pain, more a mild one like when you’re dehydrated. I drank some water but it stayed with me the whole day. It faded in and out for the next few days until getting more painful around my right eye such that I had bright spots that made it even hard to work on the computer. I started recollecting the signs of stroke in my head and checking if I had any- I could still talk, my vision wasn’t blurry (in one eye at least) and I could raise my arms. Good thing my office is private as people might have thought I was having a stroke to see me doing that.

Now you’re probably thinking; why didn’t he just go to the doctor? Good question. I decided to wait a few days to see if things got worse (how much worse?) or better. Plus I was being lazy. Yep, lazy. Here I thought I might have been having a stroke, and I didn’t want to do anything about it. I didn’t want to make it a big deal, nor was I totally convinced I was having a stroke. After a few days things got better and the pain seemed to move into my sinuses and I figured it was probably due to having a cold and travelling by plane with the changing air pressure that caused the problem. But it did make me think and created some anxiety. 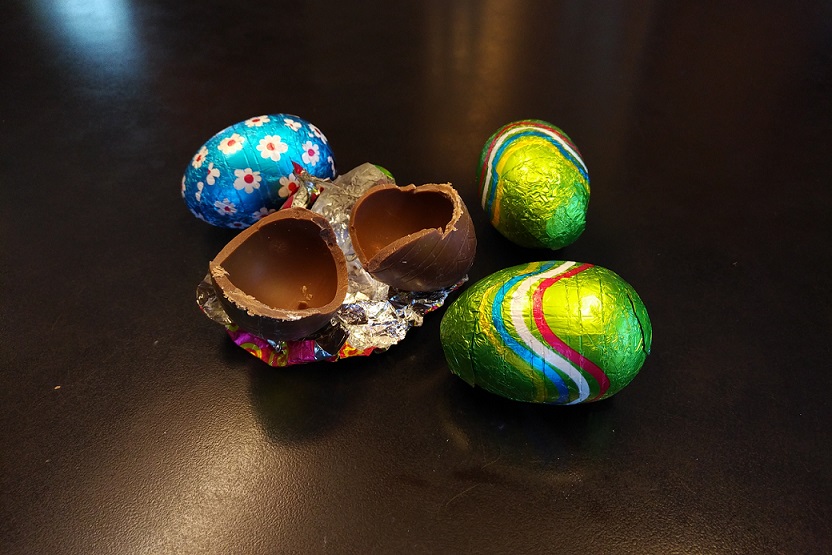 Recently, and with writing this blog, I’ve become more attuned to my nutrition. Yes, I’m married to a dietitian, but that doesn’t mean we’re perfect. In fact, the other week I was ranting at her for buying all these Easter eggs; half price after Easter. I couldn’t help myself from eating them (they taste so good!). After a few days of having one or two each day I started to visualize the little bits of sugar in my arteries attacking my plaque making it worse. Didn’t my wife know I have heart disease?

The next week she brought home half a dozen of icing-ladden fruit scones. Pretty devoid of nutrition (i don’t know if the fruit was even real) and all simple carbs, which we know is likely worse than fat. I had it, after eating half of one, I told my wife: Don’t bring anymore chocolate or sweets into the house again. I have heart disease, are you trying to kill me? Maybe a touch over dramatic.

Not all bad has come from having heart disease (did I just say that?). I think having heart disease has made me better at my job. I understand more about the context of what my work is in and it acts as a bridge when working with other patients to understand their needs. I feel I am a better teacher and have shared my story with my students in class. One student even wrote on the evaluation that I have real-world experience. I never thought of it that way.

I want to thank the woman at the conference for standing up and sharing her story. In doing so, she tells all of us we’re not alone and it empowers people to share their story for the good of others as well as themselves.