Home » How much protein do I need?

How much protein do I need?

Low fat, high carb or low carb, high fat. This is the current battle line for diet superiority. On each side people talk up their diet as the best one for you. Often missed from this discussion is how much protein you should eat. Giving the impression that protein is an afterthought used to round […]

Low fat, high carb or low carb, high fat. This is the current battle line for diet superiority. On each side people talk up their diet as the best one for you. Often missed from this discussion is how much protein you should eat. Giving the impression that protein is an afterthought used to round out one’s diet.

By doing so, it neglects the importance of protein. And protein isn’t something you can just have whatever amount you want and things will be alright. Protein is needed for the growth and development of organs such as muscles, the heart and the liver. It’s also needed for a huge range of cellular processes and communication within the body.

Back 20-30 years ago, diets focusing on protein were all the rage. That’s when the Atkins, the Zone and the South Beach diets had their heydays. But now it’s like their old news. 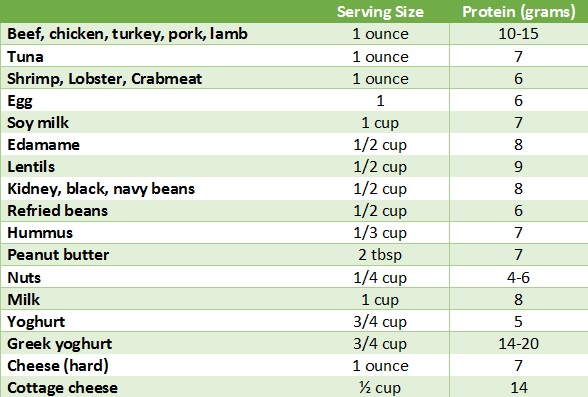 How much is enough?

Some experts think we get enough protein already. Or even too much, so we shouldn’t worry about. That’s probably true for some, but I wouldn’t say all people. Canada is one of a few countries that doesn’t have a recommendation for how much protein a person needs.

While protein deficiency, which can lead to such things as mood changes, swelling in the legs, muscle loss and weakness in your hair, skin and nails, is very rare, population guidelines are still needed to ensure the health of a society.

In other countries, the common recommended amount of protein is 0.8 g/kg of body weight per day. So if you weigh 150 pounds (about 68 kg) your daily recommended intake is 54.5 grams. This would be the equivalent of eating six ounces of lean meat or nine large eggs or nearly seven cups of beans, or various combinations of these or other foods.

Sometimes you’ll hear protein intake as a proportion of daily calories, from 10% to 35% of daily calories. This is a huge range, so if you use this guideline, it’s hard not to be eating enough protein. But most adults fall at the low end of this range, somewhere around 15% to 17%, which may not be enough.

Despite the explosion of various diet fads and claims, the intake of protein hasn’t changed over the past 15-20 years in many countries.

Benefits of Protein to your Health

Besides being used in muscles and organs, protein also reduces hunger. Meals high in protein result in reduced hunger. Compared to carbohydrates, a meal high in protein can reduce appetite and increase release of hormones known to suppress hunger. And if you’re prone to late night snacking, increasing your protein intake modestly, may help reduce those cravings.

This could potentially lead to weight loss. Over the short-term, higher protein diets result in greater weight loss compared to average protein diets. And the amount of carbohydrates doesn’t seem to matter suggesting protein is key. You can even achieve this using a plant-based high protein diet. However, most studies are small and last only a few months and long term studies haven’t shown an advantage of high protein diets.

We also must recognize that our health is much broader than just how much we weigh. And where the protein comes may be of importance to overall health risk. Regardless of the source, there is widespread agreement that processed protein, animal or plant-based, should be limited.

Whether eating more protein is healthier is the cause of much debate. And as I’ve written, nutrition sciences isn’t really an exact science. However, there are indications that people over 50 years may not be getting enough protein. 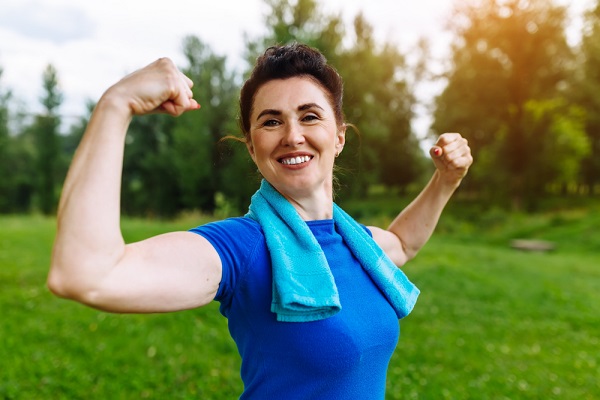 As Age Increases, So Should Protein Intake

As we age, our amount of muscle decreases making us weaker. An extreme condition of loss of muscle from ageing is referred to as sarcopenia. Sarcopenia occurs in 10% of adults 65 years and older and increases to about half of people over 80 years.

Some of the muscle wasting is due to unnecessary reductions in activity many people undertake with age. But it’s also due to hormonal and neural changes, which cause our body to break down muscle. Over time, this increasing weakness can challenge a person’s ability to live independently and result in frailty.

While physical activity is important to preventing muscle wasting, so is your protein intake. Yet more than one third of adults over 50 years may not be getting enough protein. This may be due to reductions in appetite and overall food intake, which often occur with age.

Not enough protein may accelerate muscle wasting. And having as much as 1.2 g/kg of body weight per day is associated with greater physical function in later life compared to the recommended amount. Short-term protein supplementation has also shown promise to increase muscle mass in later life.

This has led some organizations to recommend adults over 65 years have 1.0 to 1.2 g/kg of body weight per day of protein and even higher amounts in people with chronic illness. However, if you have kidney problems, you should talk to your doctor before increasing protein in your diet.

So if you’re considering one of the latest fad diets, or just want to eat healthy in general, be mindful of how much protein you’re getting. In the long-term your body will thank you.

5 responses to “How much protein do I need?”